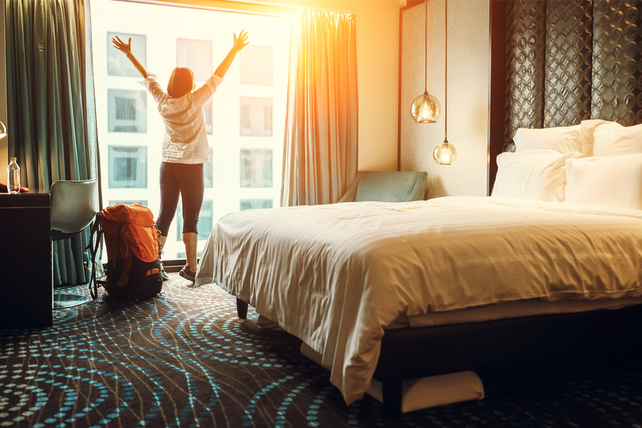 At least one trader is leaning hard into the “reopening” theme for the economy with a large bet on Hilton Worldwide Holdings (HLT). That’s based on the January 2022 $140 calls. With shares at $124, shares would need to rally about 13 percent for the option to move in-the-money.

The company is coming off of one of its worst years in history, with a 60 percent drop in revenue. Despite that, shares have moved higher, and have now done about as well as the S&P 500 over the past year. With the economy reopening and higher revenue likely in place, shares are likely to move higher.

Action to take: As the company suspended its dividend during the crisis, investors may want to hold off on shares for now.

The option is reasonable based on the potential of shares to move in the coming year. The strike date is far enough out that it could create triple-digit returns if shares move high enough, but traders can likely book mid-to-high double-digit returns at some point in the year as prices continue to rally.