3 Semiconductor Companies that Option Traders are Buying on the Dip 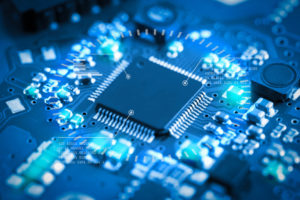 It has been a rough couple of weeks for technology investors as volatility surged to levels not seen since late February. As the price for the Nasdaq 100 chops around near 11,000, some technology names began to see option activity pick up as merger news began to surface. The following three semiconductor companies saw significant option activity on Monday and saw their price moving higher on Monday’s session.

The Technology sector was the second worst performing S&P 500 sector last week as sellers held on to their control. The tech-heavy Nasdaq 100 achieved correction status with greater than a 10% decline from the high. Looking back over the past few decades, quick selloffs in technology has historically produced strong 6-month and 1-year returns.

The idea of looking at option activity is to find where the money is moving in the market. For example, a large option trade for $1 million of risk is a significant indication of an expected move. As you whittle down the areas of opportunity to a handful of companies to trade or invest in, seeing where the money is going can be a huge asset.

If you’re trying to identify significant option activity, here is a list of factors to consider: 1) volume is greater than open interest, 2) the option volume is higher than average, 3) large option orders getting filled at market in a single print, and 4) price is moving in the direction of the trade. Resources like BarChart.com and others can be used to find unusual activity.

The following three companies are in the Technology sector and the Semiconductor Industry. These companies experienced bullish option activity on Monday that may be indicating a near-term move to the upside.

“We believe signs of supply discipline on the part of the memory suppliers (i.e. capex cuts) and price stabilization will serve as potential catalysts for the stock.”

His upgrade came on the belief that DRAM and NAND pricing will regain their footing as demand picks up due to increased demand from 5G smartphones in 2021.

Micron has beaten analyst estimates in all four of the previous four quarters but has seen 2021 fiscal year earnings be cut from $4.72 to $4.09 in the past 60 days. The projected EPS is expected to occur on 10.8% revenue growth.

The call option activity on Monday was over 2.2 times the average with significant activity on the 18 SEP 20 calls. Over 17,000 calls were mostly bought for this week’s expiration looking for additional upside off the opening gap and a breakeven of around $50.50.

Nvidia made waves on Monday with the announcement that they were acquiring chip designer Arm from Japan’s SoftBank for $40 billion. The purchase is expected to be completed in 18 months and will allow the company to be ‘fabulously positioned for the age of AI,” according to a printed statement by Nvidia Chief Executive Jensen Huang.

NVDA finished 5.82% higher on Monday’s session and saw call option activity finish 1.76 times the average. One of the most active options was the 18 SEP 20 $550 calls, which reflects an expectation of a move above $550 by the end of the week.

The announcement from Nvidia allows the company to manufacture CPU’s for servers and data centers, a market where AMD and Intel dominate. However, AMD finished 2.04% higher on Monday and has seen its price pull back over 20% since its September 2 high.

The phenomenal growth projections make this company an investment opportunity on any pull-back.

While the option activity wasn’t above average on Monday, there was significant activity on the 02 OCT 20 $84 calls. That trade reflects an expected move above $84 in the next 17 days.