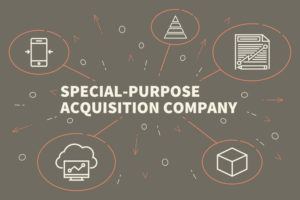 The route that Nikola Corporation (NASDAQ: NKLA) took to become a publicly traded company has sparked interest in Special Purpose Acquisition Companies (SPAC). These companies are considered “blank check companies” who raise capital in the equity markets to pursue potential acquisitions. In 2020, this trend continues to grow and the opportunity to trade these companies are increasing.

If you’re not familiar with SPACs, it is a company that has no real operation and is formed for the sole purpose to raise capital through an initial public offering. The funds raised are being designated for the acquisition of another company that typically falls in a field the management team is familiar with. Because of the structure and the way they’re raising capital, they are referred to as “blank check companies.”

While these entities have been around for many years, they have gained popularity in recent years. In fact, 2019 was a banner year for issuance as SPACs raised a record amount of cash. In 2020, over 50 SPACs have launched and have raised $21.5 billion as of the beginning of Aurgust.

Since these companies don’t really have a business or even disclose an acquisition target, it leads to a more streamlined process to become a public company. The lack of extensive disclosure requirements is an area of concern for those concerned about the integrity of the system. Many onlookers questioned the path that NKLA took to become a public company through acquiring a SPAC as a means to avoid such scrutiny. Although, scrutiny is being raised Hindenburg Research despite the GM investment.

Here are five SPACs that represent the freshest batch of IPOs to reach investors on the secondary market.

HighCape was priced at $10 and raised $100 million. The company is intending to pursue acquisition opportunities that are in alignment with the management team’s background, which is in the life sciences industry. They intend to focus their investment efforts within the industry related to therapeutics, devices, diagnostics, medical information technology, agribusinesses, and animal health.

This company began trading on the secondary market on Friday September 4 and opened at $10.11. The price traded as low as $10.05 on Tuesday and as high as $10.45 on Thursday.

Industrial Tech was priced at $10 and raised $75 million. The company is intending to focus on North American targets that are operating in the industrial and energy focused technology areas including software, mobile and Internet of Things (IOT) using cloud communications and ultra-high bandwidth services. The management perceives that this sector of the economy has remained siloed and has failed to adopt new technologies. They anticipate that the incorporation of new technologies can lower costs and realize new opportunities.

This company began trading on the secondary market on Tuesday September 9 and opened at $9.92. The price traded as low as $9.90 and as high as $10 on Wednesday.

INSU was priced at $10 and raised $200 million. The company is intending to focus on companies in the insurance and insurance related services, particularly in the insurance distribution business, regulated insurance, and reinsurance. Their focus on this area is a result of their expertise and areas where they see opportunities.

This company began trading on the secondary market on Thursday September 3 and opened at $10.20. The price traded as low as $10.15 on September 3 and as high as $11 on Wednesday.

BCTG was priced at $10 and raised $145 million. The company was sponsored by an affiliate of Boxer Capital, LLC, which is a private biopharmaceutical investment firm. Boxer is almost exclusively focused on therapeutics. Boxer and its affiliates manage about $2.2 billion and provided $6 million in seed capital.

Tailwind was priced at $10 and raised $300 million. The company’s management has decades of combined experience as technology entrepreneurs as well as technology-oriented investors. The management team feels that their experience identifying omni-channel trends are significant in a post-COVID world. They intend to focus their search within the consumer internet, digital media and marketing technology sector.

This company began trading on the secondary market on Friday September 4 and opened at $10. The price traded as low as $10 and as high as $10.05 on September 4.