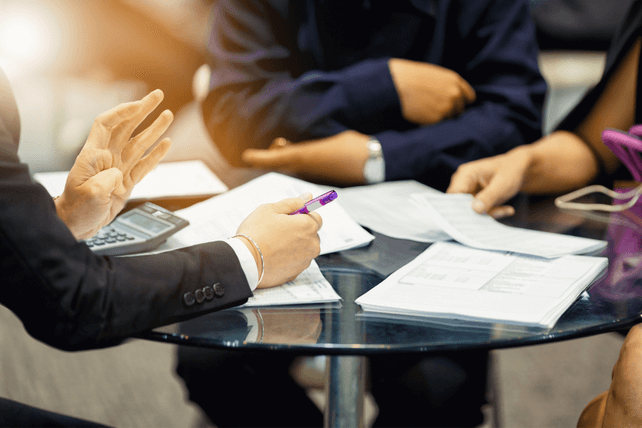 Randall Paulson, a director at B. Riley Financial (RILY), recently added 52,500 shares to his holdings. The buy increased his stake by nearly 6 percent, and came to a total price of just over $2.7 million.

That adds to a number of other insider buys at the company so far this year, from directors and executives alike. Over the past three years, insider buying has handily beat the occasional insider sale.

Overall, insiders own 45.4 percent of shares.

The financial conglomerate has seen shares drop 18 percent in the past year. While the company failed to make a profit based on its most recent earnings report, the loss was based on a write-down on investments that declined in value in the first half of the year.

Action to take: Investors may like shares now, as the company will be paying out a $1.00 per share quarterly dividend at the end of the month to shareholders as of August 11. At current prices, the dividend works out to a yield of about 7.6 percent.

For traders, the market’s recent rise could mean that the company’s assets increase in value, which should make it look more profitable in the next quarter. That could lead to a further rally from here.

The October $65 calls, last going for about $1.25, could offer mid-to-high double-digit returns on a further rally in the weeks ahead.