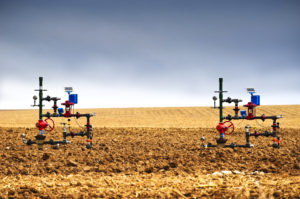 Harold Hamm, executive chairman at Continental Resources (CLR) recently added 769,235 shares to his holdings. The buy increased his stake to over 296 million shares, and came at a cost of just over $9.7 million.

Hamm has been a repeat buyer throughout the year, as have a number of directors and C-level executives earlier in the year. Insiders have bought in a range anywhere from $8 to $16 per share.

With shares currently under $13, the price is in the middle of the range that insiders have been buying at in the past year. All told, insiders own nearly 80 percent of the oil and gas exploration and production company.

Action to take: Like many resource companies, shares are well off their highs, in this case down nearly two-thirds from their peak. At current prices, the company trades at three-quarters its book value, a price based on the assets that the company owns or otherwise controls. That means there’s some value, and this massive insider buy could be a clue that shares will head higher in time.

The March 2021 $15 calls wouldn’t require a huge rally in shares, and trading for around $1.85, could offer traders a triple-digit return, particularly if the company surprises to the upside anytime in the next few months. Oil prices have been heading up in recent sessions, as more favorable economic data has been coming in for that commodity.