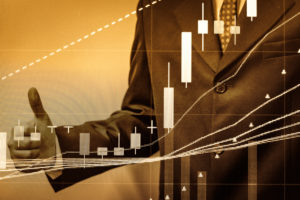 It was only for a moment, but the S&P 500 was in positive territory for the year before succumbing to the selling. The usual names were floating along swimmingly well until the Fed announced their schedule for purchases and the  news came that California is to close indoor restaurants, movie theaters and bars statewide. Dovetailing with the news that Hong Kong was closing Disneyland and the Federal Reserve reducing their purchases, again.

The quick reversal in a lot of the momentum names stands out because of the lofty precipice that they have been resting on for a while now. People have been wondering when they would finally turn and Monday may have been the day.

This play may sound a little counterintuitive if things are shutting down again, but it’s also an industry that has remained oversold since the sell-off. The stock closed near 10% higher on Monday on extraordinary volume. While the price didn’t close at the high of the session, it did close above the July 6 high of $80.99.

In addition to the price strength, the call option volume was over three times the average. Most of the volume occurred between the market and evenly split between the bid and ask. However, one of the larger prints was a long call vertical for the 21 AUG 20 using the $90 and $100 calls. In this trade the $90 strike was bought, and the $100 call was sold for a net debit of $2.75. The max gain occurs if the price closes above $100 by expiration.

MHK is a play on a very oversold stock in the near term. Last week, the price fell from over $100 to around $70. Last Friday, the price held Thursday’s low and began to move higher on Monday. Monday’s volume was substantial even though it was lower than Thursday’s selling volume. The oversold nature of this setup suggests the potential for a near-term recovery in the share price.

The Dow Jones Industrial Average finished higher on the session in large part to a handful of companies. One of those companies is UnitedHealth Group, which finished 2.91% higher on nearly double the average volume. The price faded from its high but saw buying leading into its earnings announcement on July 15 before the market open. With elective procedures having been suspended through much of 2Q and so many people losing their jobs, it will be important to see that they have increased revenue for 2Q 2020.

With the earnings coming up on Wednesday, it’s important to understand the amount of movement is expected on the announcement. The options market pricing is based, in part, on the potential movement in the underlying stock. This is called implied volatility. By looking at the implied volatility for this week’s expiration, it gives you the expected movement. The expiring contract is the 17 JUL 20 expiration and it has an expected move of $14.81. That implies that UNH has a one standard deviation range of +/- $14.81. Understanding the potential movement over the earnings may help with deciding whether to buy before the earnings or after, and whether to hedge the downside risk or not.