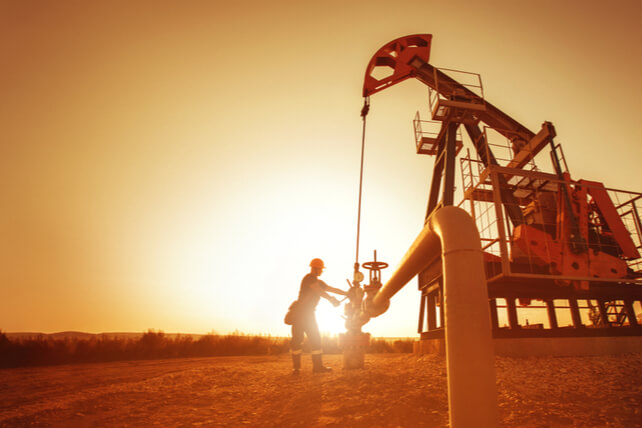 Oil and gas exploration company Devon Energy (DVN) has been in a strong uptrend the past few months as oil prices have trended higher. One trader sees a further rally in the months ahead.

That’s based on the October $30 calls. Over 12,325 contracts recently traded against an open interest of 481, for a 26-fold rise in volume. Expiring in 158 days, and with shares near $25, it would take another 20 percent rally in shares for the option to move in-the-money.

The buyer of the option paid $1.44 to make the trade on average.

One year ago, oil prices went negative as traders found themselves on the wrong side of commodities bets and had to get out at any price. Since that fluke, oil has gone from negative $40 per barrel to the mid $60s. Some see the potential for higher prices, as OPEC and Russia appear likely to curb production as needed to keep prices high.

This move in oil has been good for Devon. Despite losing money last year, shares have nearly doubled off their lows. In the past few months alone, they’ve seen a strong uptrend.

Action to take: The trade has plenty of time to play out, and pairs well with the reopening of the economy and the summer driving season. This looks like a solid trade to follow as a way to bet on energy prices continuing to move higher.