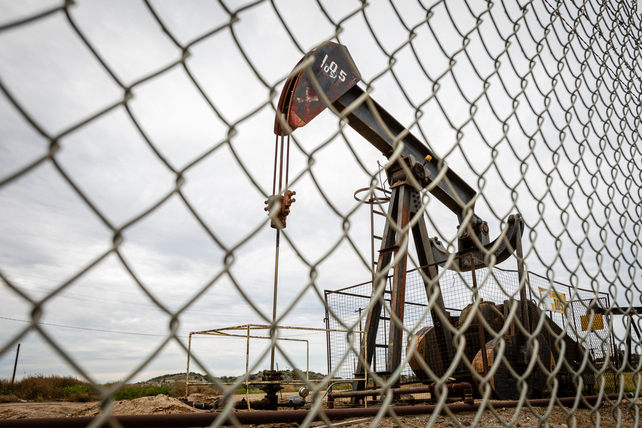 Energy giant Exxon Mobil (XOM) has been moving higher along with the price of oil in the past few months. At least one trader sees shares taking a breather from here.

That’s based on the April $55 put options. The option expires in 52 days. Over 50,800 contracts traded against a prior open interest of 1,055, for a 48-fold jump in volume. The trade is slightly in-the-money as shares are currently going for about $54.50.

The option trader paid about $3.40 for the option. Shares of the stock have rallied nearly 80 percent since October when they neared $30. That’s a massive move for any company, let alone one of the largest energy plays on the market.

Action to take: The at-the-money put option will offer a lower return than an out-of-the-money call if shares decline. However, some pullback is likely, as shares are now looking well overbought on a technical basis.

Traders can likely nab mid-double-digit returns on the April $55 put should shares pull back sharply. Look for shares to come off of oversold levels and potentially drop back near their 50-day moving average near $46 as a sign to take the trade off the table. At that point, traders may want to go long shares to grab the next swing higher.