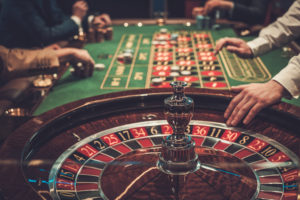 With a 33-fold rise in volume on the October 30th $50 calls, one trader is betting on a big move higher in Las Vegas Sands (LVS) this month. With 22 days until expiration, the call would require shares to rally about 10 percent for the trade to move in-the-money.

The option buyer paid about $1.26 on average for the option, so shares would need to rally quickly and strongly to offset the declining time premium on the contract.

Gaming companies have seen significantly lower traffic as a result of government shutdowns this year. Many companies are open at limited capacity, which will likely weigh on shares for some time. That’s cratered company earnings, and has cut down shares substantially. This is one sector, like airlines and cruise ships, that will take a long time to get back to their old highs, much less make new all-time ones.

That said, shares of LVS have popped over $50 three times since March, so it’s possible shares will quickly rally before the end of the month as well.

Action to take: This October option is an inexpensive bet on a big, but possible, move higher. That makes for an interesting bet. Traders who follow along should look to take profits quickly, with a mid-double-digit return in the 30-50 percent likely on a few good days for the stock.