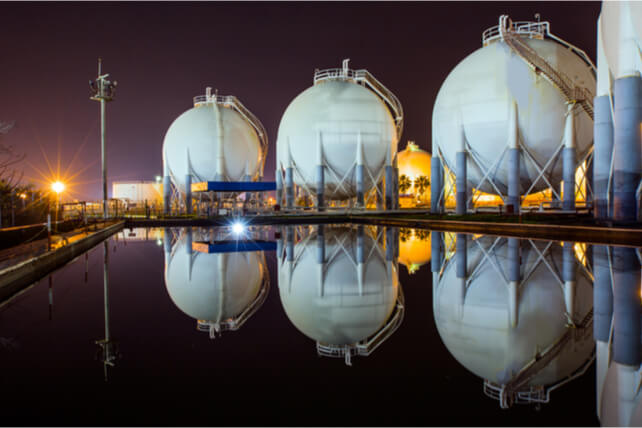 Shares of oil refining giant Valero Energy (VLO) have been sliding in the past month. However, one trader sees a potential rebound in the coming months.

That’s based on the November $65 call. With 120 days until expiration, over 5,115 contracts traded against an open interest of 128, for a 40-fold rise in volume. The buyer of the call options paid about $4.18 to make the trade.

Shares of the company are currently around $62.50, making this a near-the-money call. Valero has traded as high as $85 in the past year, but rising oil prices led to reduced profitability for oil refining operations like Valero, which have to pay higher prices to acquire crude oil to refine.

The company is currently unprofitable, with a negative profit margin of 0.56 percent, and revenues are still down 5 percent over the past year.

That drop has pushed shares to a mere 7.5 percent return in the past year, underperforming the S&P 500 by nearly 23 points.

Action to take: Declining oil prices could help a refiner, and the OPEC+ meeting this week is likely to keep a lid on oil prices. So there’s some argument for a rally. At current prices, shares yield about 6 percent, which makes them an attractive dividend play for investors right now.

For those looking to trade, a rebound in shares in the next few months would be great for these call options and at a small cost.