5 Stocks Ready for an Infrastructure Bill 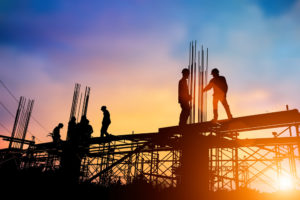 On Thursday, the Advance GDP numbers came out and it posted the largest decline in U.S. history at 32.9%. This should create alarm for the very dire predicament we find ourselves in. This may create more desire on the part of Congress to put an infrastructure bill before the president to sign. As the infrastructure chorus builds, these infrastructure names may start to gain.

In 2019, America’s Transportation Infrastructure Act was signed and at $287 billion became the largest amount of funding provided for highway reauthorization in history. That seemed like a lot of money at the time, but that was then, and this is now. The House recently passed a $1.5 trillion bill that is dead in the Senate for now, but as the economy starts to regress the pressure will be increasingly felt from the House and the President.

There are many angles that can be taken when considering infrastructure. The angle of this list is companies that are involved in building stuff. With the President streamlining a lot of the regulatory hurdles for these types of projects by accelerating environmental reviews under the National Environmental Policy Act (NEPA), the money earmarked will hit the street more quickly.

5 Most Bought Mid-Cap Stocks by Insiders During the Pandemic

The following is a list of five companies that will likely benefit by the new largest spending bill in history that may be just around the corner.

Granite is a transportation, water, specialty and materials infrastructure contractor and materials producer in the United States and is based in California. The company was featured on the 2020 Top Solar Contractors List and was recently awarded an airport, Highway 1 and bridge projects in California.

The share price has been trading in a neutral trend since its June 8 high near $22.50. the succession of lower highs has progressed while holding its support near $17. A breakout above $20 would indicate the potential of testing its 2020 high near $30.

Fluor is an engineering and construction company that operates in energy and chemicals, mining, industrial, infrastructure and power. The company has announced a number of projects in the past couple months. They received a notice to proceed from Gold Fields for a mining project in Chile, a carbon capture project in California, another project with the Department of Energy and others.

The company is scheduled to announce earnings on August 3 and is currently trading at a support near $11. The near-term potential is for the price to retest the January high near $20.

CLF is a global independent mining company that produces iron ore and iron ore pellets. They have three iron ore mines that are located in Michigan and Minnesota. The company recently completed a $100 million expansion at one of its mines to produce DR-grade pellets.

The company beat analyst estimates for EPS in the report before the market open on Thursday. The price itself formed a long-legged spinning top as the stayed within the tight range that it’s been trading in for the past few weeks. A close above $6 would indicate a near-term move to $7.

Parker-Hannifin is an industrial machinery company that sells motion and control technologies and systems for mobile, industrial, industrial and aerospace.

The share price slipped on Thursday but quickly recovered to finish near the high of the day. The candle was a dragonfly doji. The company has earnings coming up on August 6 and analysts are expecting $1.51 compared to $3.31 that they made last year.

The company smashed analyst expectations with producing $1.95 in their most recent report against analyst estimates of $0.93. Their current year, next year, current quarter and next quarter were all significantly revised high following the report on Tuesday. The price broke out to a new 52-week high and is now fading back to support. A close above $200 is an indication the price may test $260 in the coming weeks to months.