5 Most Bought Mid-Cap Stocks by Insiders During the Pandemic 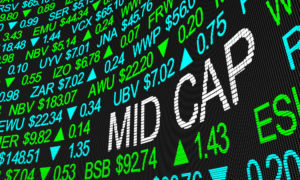 Insider trading can be a helpful tool for narrowing down the thousands of companies that you could potentially invest in. The degree of insider trading had escalated in recent months the trading is much more lopsided to selling over buying. That means that the companies that are seeing insiders buying their stock may be a good indicator of who’s buying the outlook.

An “insider” was first defined in 1934 as an officer or director of a public company, or someone that owns 10% or more the company’s shares. Part of the 1934 act also required the disclosure of insider trading and how it was to be performed and reported.

For an insider to sell or buy shares of the company isn’t necessarily about doing something sordid, they’re managing their portfolio like any others. Some considerations to make regarding trading activity is how many insiders are buying or selling (transactions), the percent ownership of insiders of the shares outstanding, what percentage of their individual shares are they trading and the notional interest of the activity.

By considering the breadth of insider trading, it gives you a sense of the collective outlook for the company. Companies that have a higher degree of insider ownership reflects a management that is more aligned with company goals and will be more significant.

Here are the top 5 mid-cap companies that are experiencing insider buying since the outbreak, listed in order of the amount of notional value traded.

Since March 17, 2020, HHC has been the most-bought company by insiders based on the cumulative value of the buying transactions. Over that timeframe, there were five transactions totaling over 10 million shares and $500.86 million of value. Insiders own 3.53% of the outstanding shares and the company has registered one sale transaction over that period. This a potential infrastructure play and the biggest buyer was Pershing Square that did reduce their position on June 3.

HHC is still trading in its range that began forming following the March low. This company’s business will likely benefit with a roll out of an infrastructure bill, which was a point that was pushed by Bill Ackman of Pershing Square following their firm’s purchase.

As a limited partnership, SHLX is a high dividend paying company with a yield of 15.51%.

There have been seven transactions totaling over 10.67 million shares and $179.1 million of value. Insiders own 3.59% of the outstanding shares and the company has registered no sale transactions over that period. The major purchaser of shares was Executive Chairman and 10% owner Harold Hamm with over 10.5 million shares bought.

CLR continues to consolidate between $15 and $18.75. A breakout above this level could be an indication of a significant move higher.

There have been two transactions totaling over 5.94 million shares and $101.5 million of value. Insiders own 2.3% of the outstanding shares and the company has registered one sale transaction over that period. The major purchaser of shares was a director John Paulson with 5 million shares bought.

There have been four transactions totaling over 1.92 million shares and $80.2 million of value. Insiders own 9.97% of the outstanding shares and the company has registered one sale transaction over that period. The major purchaser of shares was a director Charles Davis with 1.15 million shares purchased.