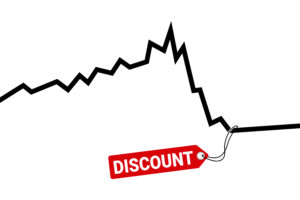 The technology sector has been a huge outperformer for well over a year. If you were to take a ratio of the tech-heavy Nasdaq 100 to the S&P 500, you would see the trend in the relative strength highly favor the Nasdaq since the December 2018 low.

It’s not exactly unusual to see technology lead in a bull market, but that’s not exactly what we’ve been experiencing. However, the predominance of a handful of tech names have weighed heavily on the market and has led to this dynamic.

The following list is five tech stocks that have at least a $100 million and are trading at relatively low valuations compared their sector.

Here are two other bullish stock lists to draw from.

3 Small Cap Penny Stocks that are Breaking Out

5 Stocks for the Reopening of the Economy

The company announced earnings on May 28, 2020 and beat analyst EPS estimates by 20%. The company saw net revenue decline from the fourth 4Q of 2019 but came in substantially higher than 1Q 2019 at $826 million and $485 million, respectively.

EBIX is a supplier of software and e-commerce solutions to the insurance industry. Its software applications include carrier systems, agency systems and exchanges.

The company is scheduled to release their quarterly results for Q1 on June 15. As a Chinese company, we’ll have to wait to see how production and sales were impacted due to the COVID-19 closures.

SNX provides a range of distribution, logistics and integration services for the technology industry. The company’s technology solutions segment distributes peripherals, IT systems such as data servers and storage, equipment, and software.

VHC is an Internet security software and technology company. Their portfolio of products is focused primarily on securing communications over the Internet and the establishment and maintenance of a secure domain registry.