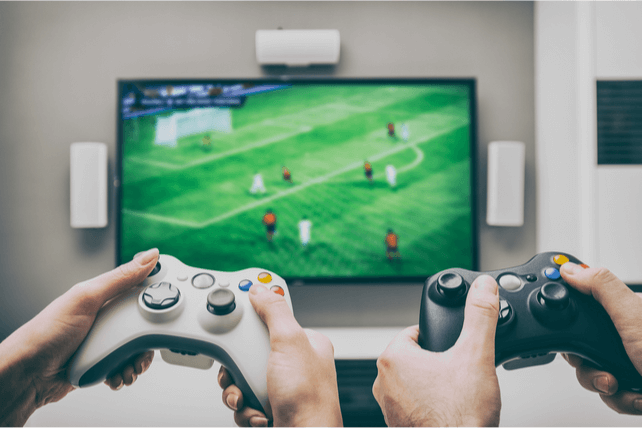 The media space is a lucrative one, and one where just a few companies control the bulk of the industry. However, the past few years has seen many media companies rise and fall as plans have come to fruition to build their own streaming services and compete with each other.

While this has been going on, another niche part of the media space has been growing steadily, and even before the pandemic was posting better numbers than the box office.

Earnings are still down overall in the past year, but with the stock down nearly 25 percent, the publisher of many big-name gaming franchises looks attractive at 17 times forward earnings.

Action to take: Shares look poised to continue higher over time here, especially later in the year as more announced games get a release date. The stock doesn’t pay a dividend at the moment, however.

For traders, the September $130 calls, last going for about $6.00, can likely deliver a mid-to-high double-digit profit on shares in the coming months. Traders should look to take profits early, given how the stock is prone to popping higher before dropping.