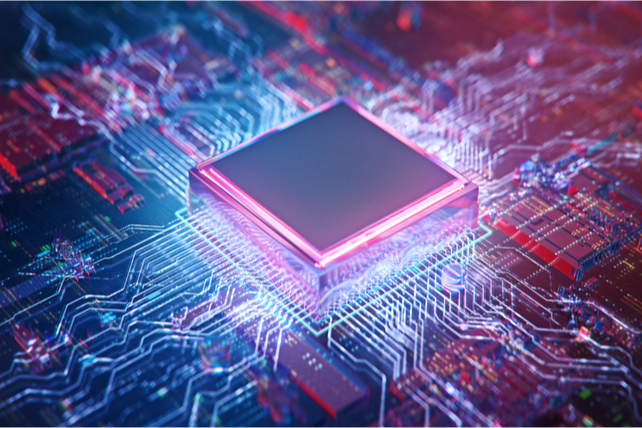 Nvidia (NVDA) has done it again. The graphics processing giant just took the thunder from a number of competitors by releasing the specs on its first line of data-center chips. That will open up an entirely new market for the company, and one with massive potential in a world driven by a need to quickly process big data.

The company also noted that it would likely exceed its revenue forecast, as the firm has been a beneficiary from the recent semiconductor shortage.

The timing was enough to send the big tech name back to near its all-time highs set back in February, even as other names in the semiconductor space dropped.

Shares of the company are already up 102 percent over the past year, slightly more than double that of the S&P 500. With revenue growth of 61 percent, more upside is likely in the months ahead.

Action to take: Shares pay out a modest 0.1 percent dividend, and the dividend growth there has been a bit slow. Traders would be better to take advantage of the company’s upside potential with a call option.

The September $660 calls would move in-the-money on another 10 percent move higher in shares. With 5 months until expiration, the option now trades at about $42.00.

Traders can likely get mid-to-high double-digit gains from the contract, allowing a trader to benefit from a continued move higher with less capital than buying 100 shares outright.

Disclosure: The author of this article has an options in the stock mentioned here, but has no intention of changing or starting a new position in the next 72 hours. The author receives no compensation from any of the companies mentioned in this article.