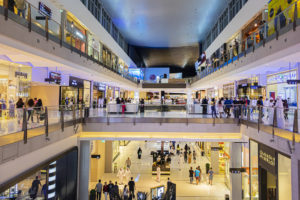 As many parts of the country look to partially reopen after May 1, the opportunity appears to be filtering down to the retail space that has been hit hard. Since April 3, 2020, the SPDR S&P Retail ETF (XRT) has underperformed the S&P 500 by nearly 15%.  That certainly makes sense given the fact that many stores are closed and may see earnings get hit hard if we enter a major recession. However, like many stocks, the market oftentimes looks at the change in expectations as a reason to buy, and opening stores sooner rather than later may change near-term expectations.

As you consider the difficulty of evaluating the financial health of a company in the current climate, the question then becomes, what are important considerations. Looking at the balance sheet can provide an idea has to the health of a company as of the last earnings report, but a lot has changed since the fourth quart of 2019. There have been strong indications that companies have scrambled to tap credit lines and other measures to raise cash. The issue is that you’re not going to get a clear picture of how impaired some companies have become for another quarter or two.

High levels of short interest is actually a bullish indication as the shares will have to be bought back at some point. At times there is a rush to “cover” or buy back their shorts, which can cause significant rallies called a “short squeeze.”

One way to gauge the potential impact of short covering on the price of a stock is by looking at the short ratio. The short ratio takes the number of shares shorted and divides it by the average volume. Stocks with higher short ratios would indicate a greater potential for a short squeeze. A short ratio above 5 days would be considered high.

The following stocks are companies that are in the retail industry and have at least 20% short interest.

As of April 15, 2020, JWN has 27.13% of its float shorted with a short ratio of 4.84 days. This means that based on the average volume, it will take nearly 5 days to buy the shares back. These are both high levels that would indicate the potential for a short squeeze in the price.

JWN is currently testing it $22.50 resistance and has the potential to reach $28 in the coming weeks. If the shorts move quickly to cover, the price could retest its January high near $43.50.

As of April 15, 2020, BBBY has 82.11% of its float shorted with a short ratio of 5.03 days. This means that based on the average volume, it will take over 5 days to buy the shares back. The short interest is extreme, and the short ratio is high, which would indicate the potential for a short squeeze in the price.

BBBY just broke above its $6.50 resistance before fading off its high intraday. The potential near-term target is $10.50.

As of April 15, 2020, DDS has 122.64 % of its float shorted with a short ratio of 10.56 days. This means that based on the average volume, it will take over 10 days to buy the shares back. The short interest is extreme and is above 100% because of the significant number of restricted shares. The percentage of the shares outstanding is at 28.74%, which is also high.

DDS recently retested its $22.50 support and is bouncing off it. The near-term target is $38, with a breakout above that level indicating a potential move to $52.50.