4 Stocks with Significant Option Activity and Moving on Stimulus Hopes 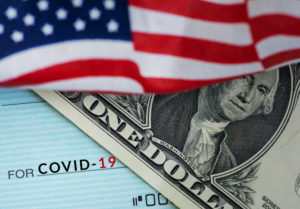 Following Wednesday’s ADP Non-Farm Employment report showing only 167,000 jobs added the against 1.2 million jobs estimate, the pressure is on for Washington to pass a stimulus bill. With the official jobs report coming out on Friday, the potential for a miss appears high and the only thing that may temper a negative report is a bill. There were several financial-oriented stocks that were moving on Wednesday with unusual option activity, which may be indicating an expectation that something will get done.

After the House passed a bill at the beginning of July, the Senate has been deliberating numerous poison pills that were in the bill that made it unpassable. However, as the stakes continue to rise with employment faltering following increased COVID restrictions, it makes some compromise more likely. The sneak peak provided by the ADP report is making it look like Friday’s jobs numbers will be bad. While the reports aren’t always in agreement, if Friday’s numbers come out in line with the 1.2 million estimate the divergence will be historic. A report offered by CNBC from the White House appears to indicate that President Trump is ready to deal.

One of the cheerleaders for more stimulus and stricter COVID policy measures is the Federal Reserve. Federal Reserve Bank of Dallas President Robert Kaplan was calling for an extension of unemployment benefits on Monday. He indicated that extending the benefits would hurt employment, it would help consumer spending. Then we also have uber-dove in Neel Kashkari, president of the Minneapolis Federal Reserve, calling for a complete closure of the economy for four to six weeks. At the end of the day, these are biased representatives of a private bank with their own interests. Right now, their interests are creating inflation through the monetization of debt and other assets. Increased Federal spending provides the supply needed to monetize.

Here are four stocks with unusual option activity as stimulus talks heat up.

The regional banking ETF finished 2.5% higher on Wednesday and saw significant call option buying activity on the 14 AUG 20 $40 call option. With 9,340 contracts traded against 6,698 open interest showed new activity with most all of it occurring at the ask price. That gives an indication of a move above $40 in the next nine days.

BAC finished 1.52% higher with significant call buying and put selling activity. Most of the activity on the call side were for the 7 AUG 20 expiration for the at-the-money strikes near $25.50. The activity is point toward a strong finish to the week.

Nearly half of the call option volume was filled a the ask on DFS. This is an indication of call option buying and a good portion of the volume occurred on the 7 AUG 20 $51 call option. That strike indicates call option buyers expecting the price to trade higher than $51 by the end of the week. It’s 3.55% move higher on Wednesday pushed it close to that level.

JPM finished 1.74% higher on Wednesday. The call option volume was nearly twice the average with over 153,000 contracts traded and 44% of the volume getting filled at the ask. One trade for 9,800 contracts was filled in one print for $0.49. That trade was over $480,000 of notional value for the 18 SEP 20 $115 call option. The strike selection aligns with the June 5 high near $115 and the expiration is giving the stock 44 days to reach that level and higher.