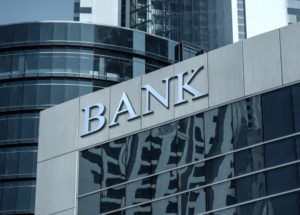 Live Oak Bancshares Inc (NASDAQ: LOB) is a bank holding company that has had a wild ride in 2020. The company has seen a turnaround in their earnings from its trough in Q1. They have similarly seen a turnaround in their price as well with the stock breaking out to a new 52-week high on Monday on extraordinary volume. One person that can say I told you so is the CEO and 10% owner. He’s been adding a significant number of shares over the past two weeks.

The company had a surprising miss in their Q1 EPS earnings report. They reported a loss of $0.19 per share loss compared to an estimate of a $0.07 gain. After that report, they beat Q2 EPS estimates by 200% with an EPS of $0.09. Since that report, the company has seen significant analyst revisions across current quarter, next quarter, current year and next year. The current quarter was revised higher from $0.14 to $0.28.

Action to Take: The share price for LOB broke out on Monday on substantial volume. The 6.94% move caused the price to breakout of a pennant formation. The near-term projection is $23.50 with a potential move to the 2018 high of $32.50.