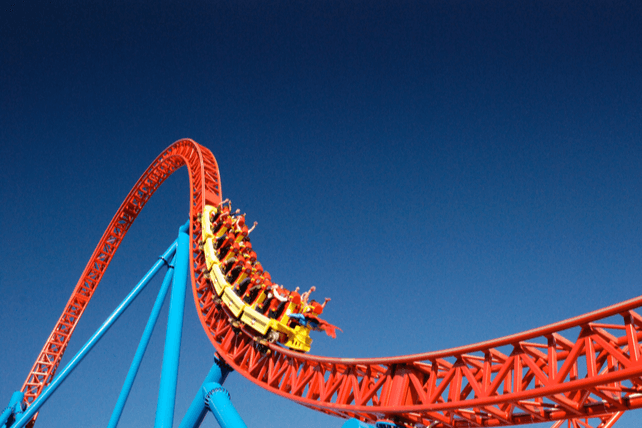 Arik Ruchim, a director at Six Flags Entertainment Corp (SIX), recently bought 100,000 shares. The buy increased his stake by 1.2 percent, and came to a total purchase price of just over $3.8 million.

This follows a buy from the day before by the company president and CEO, who bought 13,200 shares. That buy came in at just under $500,000. Prior insider activity over the past year had previously been all sales until these buys.

Overall, company insiders own about 2 percent of shares.

The theme park operator has seen shares rise 108 percent over the past year, largely coming off of steep losses in early 2020 as Covid shut down entertainment venues.

While the company is still at a loss overall, it made a profit in its most recent quarter, trading at 10 times earnings.

Action to take: While the rise of the Delta variant in recent months has caused shares to modestly decline in that timeframe, that appears to be ending. That should bode better for the company going forward, and in a more normalized environment, shares look somewhat attractive.

Investors can likely see a continued outperformance relative to the market just by buying shares, especially as covid fears end. However, shares don’t pay a dividend, so investors may want to look at other theme park operators for income in the meantime.

With shares possibly starting a rebound, traders may do better with a call option trade. The January $50 calls, last going for about $2.85, might not move in-the-money before expiration, but on a rally in shares through the end of the year, traders can likely nab high double-digit profits.