Interest Rates May Stay Low, But Investors are Warming to the Big Banks 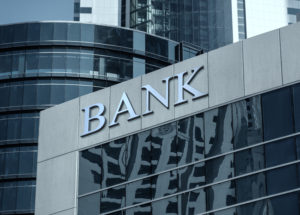 Bank stocks can either be a great investment or a terrible one, depending on the timing. With the economy struggling to recover, banks aren’t the most obvious candidate for a rally. Yet many investors are gravitating towards them as investment opportunities now.

Part of that may be the relative valuation of the banks, as they haven’t had the strong rallies of the tech sector. Another part is that, while interest rates may weigh on profitability, the banks will still profit.

One such banking opportunity, according to Baird, is in Wells Fargo (WFC). The bank is the cheapest of the mega-banks, thanks to some large scandals and corporate shakeups at Wells that have left it lagging behind the other big banks.

With Wells Fargo shares down by over half in the past year, there’s certainly an argument for relatively better performance compared to the market going forward.

Action to take: Shares have been range-bound the past few months, with a low end near $22.50. With shares near that price now, a call option trade to bet on a move higher looks like a reasonable bet. The January 2021 $27.50 calls, trading for around $0.85, are an inexpensive way to bet on shares moving at least slightly higher in the next few weeks.