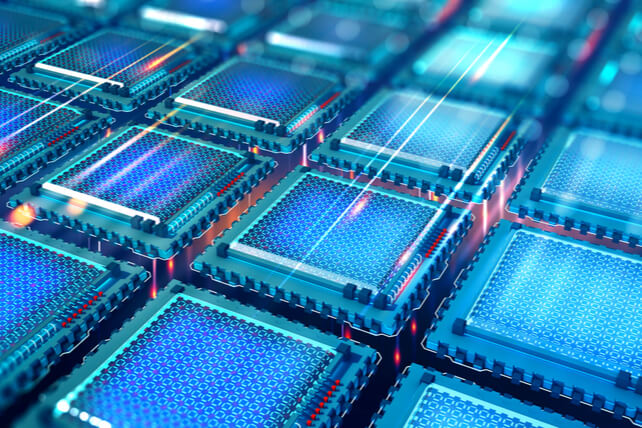 The latest statements from companies relying on semiconductors for operations is still grim. A shortage persists, and likely won’t be fully resolved this year. That’s likely to impact everything from consumer electronics this holiday season (it’s coming sooner than you think), to the production of new automobiles.

While a number of companies are working to ramp up production, the actual physical manufacturing is likely resulting in delays, as only a few organizations can actually manufacture at scale.

These few players likely represent the companies most likely to hold up if markets decline in the coming months, as they continue to produce a product that’s in such high demand.

One top player? Taiwan Semiconductor (TSM). Arguably the leader of actual manufacturing of semiconductors, the company recently announced price increases of up to 20 percent on its chips, which the market is more than willing to bear right now to get what they need.

Action to take: Shares have already run up nearly 50 percent over the past year, but have further room to run thanks to the company’s 20 percent revenue growth and 11 percent earnings growth. With a fat 38 percent profit margin, investors will continue to be rewarded. At current prices, shares also yield about 1.5 percent.

For options traders, the January $130 calls are still $10 under the company’s 52-week high in the low $140 range. Last going for about $4.05, a continued move higher could lead to high-double to low-triple digit returns.