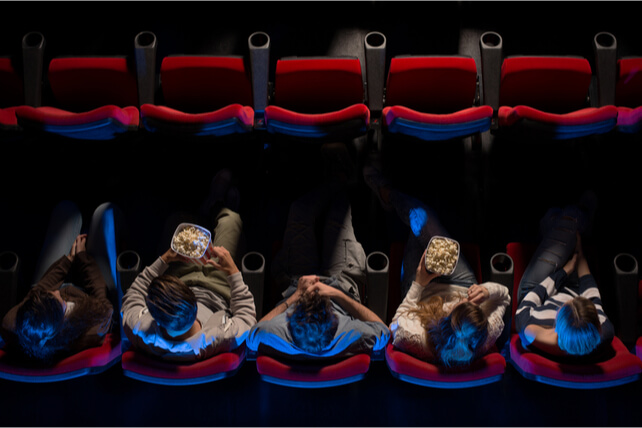 The entertainment industry has been hit hard thanks to the pandemic. While many areas are resuming in-person forms of entertainment once again, the best gauge for how the industry is faring is by looking at box office receipts.

While movies have declined somewhat in the past few years thanks to video games and streaming, it’s starting to show signs of a return to a pre-pandemic life.

Shares of Disney rallied on the news, but likely still have room to run. The company dominated at the box office in 2019, and the pandemic led to a surge in the company’s streaming business.

In the meantime, the company’s theme parks are open and nearing capacity, and cruise lines are starting to move again. This is one entertainment giant poised to continue moving higher.

Action to take: Shares are still more than 10 percent below their all-time highs, and have some room to run. Investors might see a bump when the company restores its dividend, which it suspended at the start of the pandemic.

For traders, the trend in shares is upward. The September $190 calls, last going for about $5.90, stands a strong chance of moving higher by high-double to low-triple-digits, particularly if they move in-the-money.