This was the Most Bought Stock by Insiders Last Week 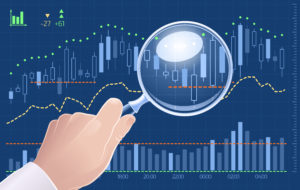 Between June 1 and June 5, RCM Technologies Inc (NASDAQ: RCMT) saw insiders buy 1.1 million shares for a total value of $1.32 million in two separate transactions. RCMT is a microcap that is a business technology company. The buyers were Roger Ballou, director, Kevin Miller, CFO, and Vizi Bradley, Chairman and president.

Following the buying on Tuesday, the stock closed $0.63 higher for a 47% gain. The breakout followed a two-month consolidation and a formation of a double bottom. The breakout from the formation provides a projected target of $2.20. Based on the size of the move, the potential is a move to $2.70.

Here are links to the last two insider trading reports.

Founder of this Cloud HR Company Just Turned into a Seller

Action to Take: RCMT is a long opportunity on a close above $2 on above average volume. A $0.20 trailing stop could be used with a potential move to $2.70.