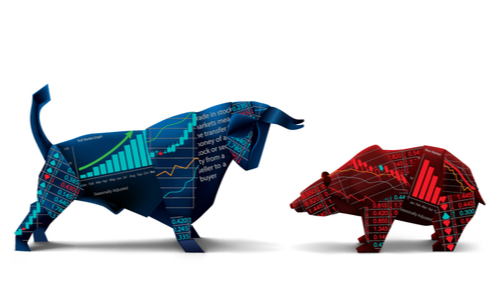 Big bearish bet on tech giant in the next month.

Shares of Apple (AAPL) sold off Monday on a major downgrade, citing the company’s “fundamental deterioration.”

Naturally, some traders saw that as an opportunity to sell shares—at least in the short-term. That explains the 100-fold increase in volume on the August 2nd $185 puts on the company. With shares of Apple trading just under $200, this is a bet on about a 7.5 percent decline between now and expiration in 25 days.

Apple is a widely held company, due to its size and success. And while the company has pushed to improve its suite of high-value, high-margin products, the company has received much criticism for its lack of innovation. The company’s last major new product, the iPad, was nearly a decade old, and consumers are owning products like iPods and iPhones for much longer than in the past.

Action to take: None, unless you have a large position and need to hedge it. Most investors, even those passively in the market, have a stake in the company, so this may sound painful. However, the big downgrade on Monday offered no new insight into any fundamental change with Apple.

Shares are fairly valued near here at 17 times still-growing earnings, and the company’s large cash flow and large share buyback program will limit how far shares will decline. This option, trading for about $1.94, could even expire worthless.