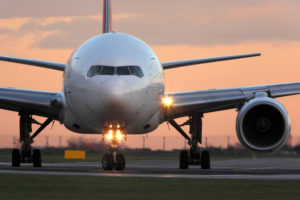 At least one trader is betting on a bounce higher in airline manufacturer Boeing (BA) this month. The October 23rd $187.50 calls just saw 1,188 contracts trade. That’s a nine-fold rise in volume over the prior open interest.

Shares trade around $171, so would need to rally about 10 percent in the next 17 days for the trade to move in-the-money. That’s no small feat, but shares of the company have been volatile enough that it could happen.

The option trader paid $3.70, or $370 per contract, so if shares do move higher quickly, the option should deliver mid-to-high double-digit returns. Shares are still down nearly half from where they traded at the start of the year, but are up modestly over the past few weeks.

The company was facing some short-term headwinds over its 737 Max plane before air travel ground to a halt earlier in the year. The latest trends on flights show a long and slow recovery, which will also slow the demand for new planes.

Action to take: As a short-term momentum play, the trade looks attractive. Shares dipped into the $140 range in September, and if the current uptrend continues, the option could move in-the-money. The option does expire just before the company reports earnings, however, so traders looking for a bigger move may want to select a strike date later in the year.