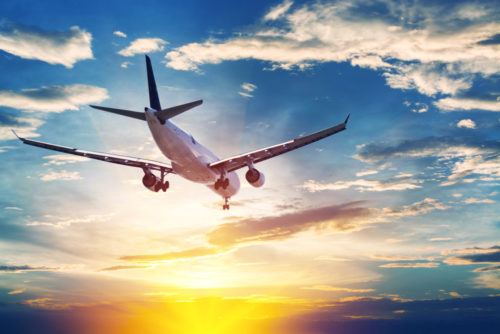 A large bet has been made that shares of Delta Airlines (DAL) will drop in the coming months.

On Tuesday, nearly 3,000 contracts of the December 2019 $45 put options traded. With shares of the airline around $56.50, this is a bet on shares dropping by 20 percent between now and the end of the year.

The airline industry has fared well lately, and oil prices have been slow to rally into their usual summer season pattern this year. The trade could be a bet on slower economic growth, which tends to impact travel and tourism more heavily than average.

It could also be a bet on higher oil prices. Jet fuel is a huge cost component for airlines, and while most airlines hedge at least part of their fuel costs, they don’t do so entirely. Usually, higher oil prices weigh on the shares of airliners.

Action to take: With the contracts trading around $0.85, it’s certainly a cheap bet on the airlines, or just the market itself, to take a breather or decline.

However, with the airline industry operating as an oligopoly and focused on improving profit margins rather than competing with each other, the better bet is to use a pullback to buy shares for the long-term.