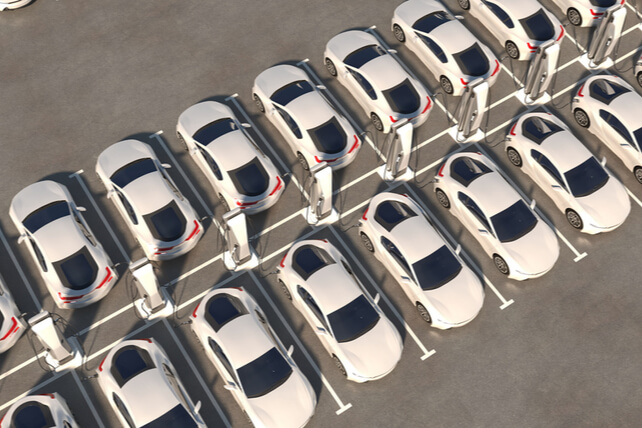 Shares of car manufacturing giant Ford (F) have been doing well this year. One trader sees that trend continuing well into the next year.

That’s based on the June 2022 $22 calls. The trade has 336 days left until expiration. Over 6,200 contracts traded against a prior open interest of 320, for a 19-fold rise in volume. Based on where shares last traded in the low $14 range, the stock price would need to surge over 54 percent to move in-the-money.

The buyer of the options paid about $0.52 for a contract.

The carmaker has seen shares rally strongly this year as the company has unveiled electric and hybrid versions of its popular cars, eating into the market share of pure-play EV firms.

Strong earnings have led to shares trading at about 15 times earnings, even after a 114 percent rise in the past year.

Action to take: Investors may like shares here to play the rise of electric vehicles by owning shares of a firm with over a century of history in the automotive market. Shares don’t currently pay a dividend, but it would be the least leveraged way to play shares.

Traders may like the call options, as their low price could result in a potential triple-digit return if the rally in shares continues. The option has plenty of time to play out for those returns.