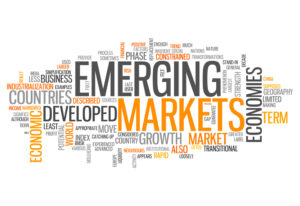 As the markets continue to churn higher, the performance of the S&P 500 has slowed as the volatility has remained high. As a result, the market as a whole is maintaining its level of risk without the same reward that he presented in March. More of its performance is resting on the shoulders of fewer stocks that are fairly extended in the short and intermediate term.

As a stock picker, it’s important to find areas where the risk and reward proposition is more positive. One of the areas where this is best exhibited is with emerging markets. The current Year-to-date performance of the iShares MSCI Emerging Markets ETF (EEM) a loss of nearly 18%. Compare that to the S&P 500 that has a loss of just over 7% and you see a difference in which market is relatively more overbought.

As you begin to consider valuation, it becomes increasingly more clear that the emerging markets are trading at a much better valuation. For example, incorporating valuation measures like price-to-sales (P/S) and price-to-book (P/B) narrows the list significantly. Then adding profitability metrics like return on equity (ROE) and operating margins, liquidity ratios like the current ratio and leverage ratios like debt-to-equity (D/E) you start to come up with a fairly exclusive list of only 11 companies, with nearly half of them emerging market companies and the top three coming from Latin America.

EBR is the largest energy company in Latin America. They are a Brazilian utility company that uses thermal, nuclear, wind and hydroelectric plants. They are tentatively set to announce their earnings this week on May 28 but has not specified a time. Like many companies, utilities are not immune to the issues surrounding the COVID-19 closures. Current estimates are for a 20-40% decline in consumption this year.

CIG is another Brazilian utility company. Similar to PAM, the company was affected in Q1 because of lower consumption, particularly in their industrial consumer category and captive client category. For both of those segments, consumption was down 3% and 26.3%, respectively. The company did post a net loss of $56,846 in Brazilian Real but was largely due to Eurobond debt and hedges.