Three Chinese Stocks to Buy Even with No Trade Deal 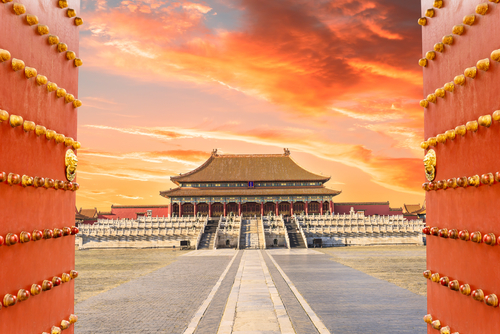 Three Chinese Stocks to Buy Even with No Trade Deal

These companies can continue to grow, no matter what.


With all eyes on China and the U.S. and its trading relations over the past few years, it’s easy to see why there have been some big swings in various U.S. and Chinese stocks. As the news has fluctuated, and as economic growth has slowed, a number of potential winners over the long haul have emerged as reasonable buys now.

Whether or not a trade deal emerges, these high-growth stocks playing to China’s long-term demographics can prove big winners.

A name that keeps popping up on our radar, the Chinese e-commerce giant is poised to provide returns equivalent to an investment in Amazon in the United States over the past 15 years. That’s because China’s growing market is just starting to up its internal consumption, as the country has spent years exporting to grow a middle class.

That middle class is here, it’s larger than the middle class in the United States, and it’s ready to spend some of the wealth it’s spent so long creating.

That also explains why Alibaba has hardly struggled. Besides setting a one-day, $31 billion sales record with Singles Day in China, the retailer has seen shares beat the market in the past year by 14 percent. With 34 percent profit margins, 39 percent revenue growth, and 260 percent earnings growth, this sounds like a traditional growth play.

But with shares trading at just 20 times forward earnings, and with insiders owning nearly 48 percent of shares, there’s a value play here, as well as a hint that management is willing to continue growing the company responsibly over the long-term.

While we like shares up to $200, they can be bought for under $185 right now. For bullish traders, the June 2020 $185 call options, trading around $18.20, or $1,820 per contract, are a less expensive way to ride shares higher in the next few months—and could really make a trader’s year if a trade deal is signed by then.

With an embrace of new technologies, it’s no surprise that Bilibili, a provider of online entertainment services such as mobile games and live videos, is a huge player in the country. Unlike other Chinese media plays, the focus on games gives it some differentiation from competitors, and gaming has proven to be a large and fast-growing industry worldwide.

With over 110 million monthly active users and a user base growing around 30 percent quarterly, there’s still a long ways to go before the company reaches its full potential, making for a solid long-term growth play.

Currently, the company is operating at a loss, as often happens with many tech holdings. But with its rising revenue growth and the monetization of its user base, the company is heading toward profitability.

Shares are a long-term buy under $17.50 as a growth play on a high-tech, high-margin space in the Chinse economy. Speculators may want to look at the January 2021 $15 calls, which can provide a leveraged return for less than $4.75, or $475 per contract.

Although the company just reported lower earnings numbers in the most recent report, this is another company with some great long-term potential ahead of it. The company, listed on the pink sheets in the United States, is a conglomerate of tech, including everything from video gaming and e-commerce to search engines, and real estate, as well as big-data. The company also takes stakes in many startups throughout Asia, with a portfolio of over 600 holdings.

The conglomerate business model can often have its failings, but when used successfully, it can provide powerful returns in good markets and in bad—much like Berkshire Hathaway (BRK-A) in the United States.

Trading at 24 times earnings, and with solid 26 percent profit margins, the company is balancing a reasonable valuation with double-digit growth—21 percent for revenue and 35 percent for earnings in the past year.

Although shares have traded as high as $50 in the past year, they’ve slid to around $41 right now. They look like an attractive long-term buy up to $42, which still gives investors a slight discount to 52-week highs. As a pink sheet company not on a major exchange, there are no options for speculators to trade with on this company, making shares the only way to profit for the time being.