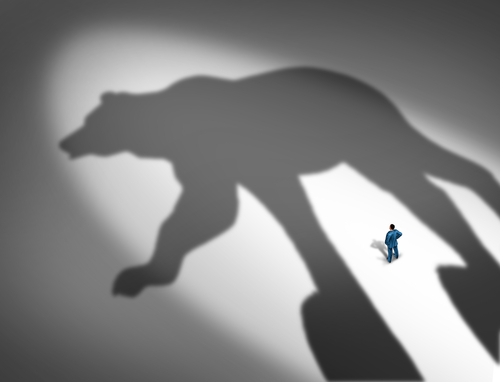 Heavily shorted stocks are susceptible to large rallies, even if their fundamentals don’t justify them.

Shares of Tesla Motors (TSLA) have nearly quadrupled in the past six months. While it may be a bit late to get in at a reasonable price there, the fact remains that the company was controversial.

Some saw the move as overdue, and others think the move is crazy.

One way to tell that there was this controversy was with the company’s short interest. Stocks with high short interest can be prone to big moves higher.

Why does a heavily shorted company suddenly shoot higher? It has to do with the supply and demand of shares.

Every company has a limited number of tradeable shares outstanding.

Most of those can be borrowed, sold short, and traders can hope to profit as a company declines.

But what happens when the decline stops? Or if shares don’t drop but instead rise? Eventually these traders will either have to meet margin calls, or they’ll have to buy back shares on the open market to close out the short.

If the buying activity is crazy enough, short-sellers rushing for the exit can cause what’s known as a short squeeze. That could be part of Tesla’s explosive move higher.

It’s also a good reason for investors to consider looking at heavily-shorted companies for the next potential squeeze.

The most fascinating statistic about this struggling gaming retailer isn’t its declining sales or share price. It’s the fact that over 105 percent of shares available to short are being held short.

That means that shorts are particularly vulnerable to a squeeze should any good news start to send shares higher.

The physical retailer of video games and related accessories has certainly had a tough time performing in the past year. Shares have slid from as high as $12 to as low as $3, and are currently around $4.

The company has been rapidly consolidating locations and trying to stem the loss as video games become more accessible via online downloads, rather than with physical media that needs to be shipped.

Yet even with those industry headwinds, that’s no guarantee of bankruptcy. The company’s cash flow may be sliding, but it still brings in over $7.3 billion in revenue. That’s a huge amount. Some think the company could buy back most of its stock here.

And with the potential for the company to turn its locations into more gamer-friendly venues rather than a game store, any positive catalyst could be devastating for short-sellers.

While we’re ultimately neutral on the company from an operational standpoint right now, it does have the potential to move much higher with so much negative sentiment in shares. We see shares capable of jumping from around $4 right now to $6.

For options traders, the July 2020 $6 calls trade for about $0.07. They could explode higher on a short squeeze. Of course, given the company’s long-term returns, they have a high likelihood of going to zero as well.

With nearly 80 percent of available shares outstanding being sold short right now, the maker of overly expensive, interactive fitness products has been a popular place for short sellers.

After going public back in September at $25, shares first dropped in early trading before rallying to $37. They’ve since been heading down, albeit with a few rallies along the way.

Overall, shares still look like a potential short candidate. The company is still unprofitable, with a $200 million loss in the past year. Shares trade at more than six times sales.

Yet earnings are growing at a rapid clip, up 77 percent in the past year. And the cash from the IPO leaves the company with nearly $1 billion after backing out all the debt on their balance sheet.

These factors make a short squeeze likely. Many tech names go public before they’re making money, including names that have gone on to be great for investors like Facebook.

We see some squeeze potential playing out here as well, should the company continue to trend towards profitability.

Shares are an interesting speculation now around $27, but given the medium-term declining trend we’d target $25 as a buying point.

At a share price of $25, the January 2021 $30 calls will trade a lot lower than their current price around $3, and should make a good speculative holding on a short squeeze sometime this year.