3 Discount Retailers for the Impending Depression 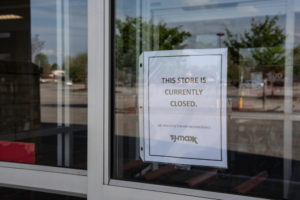 The term depression may sound a little harsh, but the statistics are pointing that direction. The closures over the past couple months and the continued throttling of the economy is only going to keep any ability to truly normalize at bay. That being said, all of the restrictions mean that fewer companies will come out of this and provides opportunity for the survivors as their market share increases.

With reduced competition and a business model that is proven to be somewhat recession resistant, these retailers are in a position to continue their trends over the past many years.

What all of these companies, we’re talking about discounters. Companies that specialize in delivering name brand products at lower prices. With millions of people unemployed and retailers stuck with an inventory overhang, it may create an opportunity for these companies to step up their game.

One of the surprising developments throughout this process of closures is the lack of communication from TJX and others. I’m sure they were in a quandary as much as the rest of us, but the company began re-opening stores on May 2. Ernie Herman, president and CEO, discussed this period:

“We have been pleased to reopen as many stores as we have in May, as well as our e-commerce websites. Although it’s still early and the retail environment remains uncertain, we have been encouraged with the very strong sales we have seen with our initial reopenings. We believe this very strong start speaks to our compelling value proposition and the appeal of our treasure-hunt shopping experience, as well as pent-up demand.”

TJX has had very positive volume trends since the March low and the indication is that the price will trade above the February highs in relatively short order. The on-balance volume had already cleared the February level just before its earnings report on May 21.

I have to admit, I’m a huge Ross fan and I’m not just referring to the stock. The TJX CEO discussed the treasure-hunt experience and Ross probably does it as well or better than anyone. You can call it a treasure hunt, but I prefer to call it the “eat what you kill” model. You just don’t know what you need until you walk through the doors. To my delight, Ross began opening stores on May 14, and our local store was one of the one the ones to open up. At the time, there were only stores opening in two states and new inventories weren’t going to start being delivered until May 19. As a result, a good portion of the merchandise was marked down. CEO Barbara Rentler commented on their liquidity position:

“In response to the economic disruption created by this global health crisis, we quickly took decisive actions to increase our liquidity and financial flexibility. These included drawing down $800 million under our revolving credit facility, completing a $2.0 billion public bond offering, suspending our stock repurchase program, and aggressively cutting costs throughout the Company, including ongoing expenses and capital expenditures. Today we are announcing several additional actions, which include the suspension of our quarterly dividend program and reduced new store openings for the year.”

TJX had previously shared a similar sentiment regarding the liquidity position as well. The point is that they can weather the limitations over the foreseeable future, where many retailers won’t be able to.

The volume dynamics haven’t been as positive as it has with TJX but have improved since the end of April. The near-term expectation is a retest of the February high of $125.

Burlington hasn’t announced earnings yet, which is planned to be announced on May 28. I find it interesting that they have begun opening stores but haven’t specifically offered a press release to that effect. The same was true of ROST and TJX. Maybe they’re not wanting to make shoppers in other states where they’re closed to be disappointed.

Analysts are currently projecting a $1.03 loss for 1Q and $3.54 for the current year. That’s considerable below the $1.26 and $7.41 the company made last year. However, the current projection for 2022 look for earnings to return to pre-closure norms.

The current on-balance volume levels are back to pre-closure levels as the price broke through resistance on Thursday on high volume. The expectation is for the price to retest the February high near $250, but with considerably more long-term potential.